Dubrovnik - Walls of our Past

In October 1991 international opinion was aroused by the long siege of the medieval city of Dubrovnik by the Yugoslavian army. But when the enemy was forced to retreat the city disappeared behind a wall of indifference.

Although Antonia D. Carnerud has lived half her life abroad, she has her family roots in a village just north of Dubrovnik. Her closest relatives still live in and around this war-torn city.  In the summer of 1993 she traveled to Dubrovnik with a film crew to find out what happened to her family and how she herself had been changed by the war, having only experienced it at a distance.

Thus, the film is not merely a portrait of a city and its people during war, it is also a journey through the Europe of our time, with its increasingly insistent questions about identity and alienation -- and also a deeply personal homecoming. Or, as she herself expresses it: "My brother Mario and I... A divorce, our parents', forced us apart. Another divorce, Europe's, brought us together."

A film by    Antonia Dubravka Carnerud

Narration written by:  Per Svensson

With the support of:  DOCUMENTARY, MEDIA, European Communities 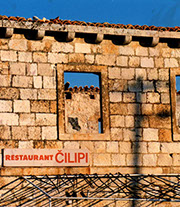 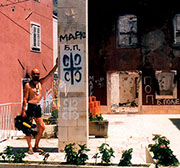 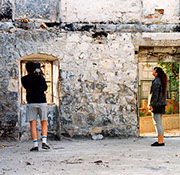 "We are alive. Everything else is a luxury." 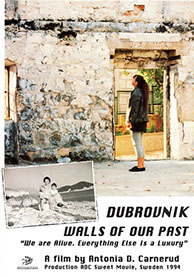